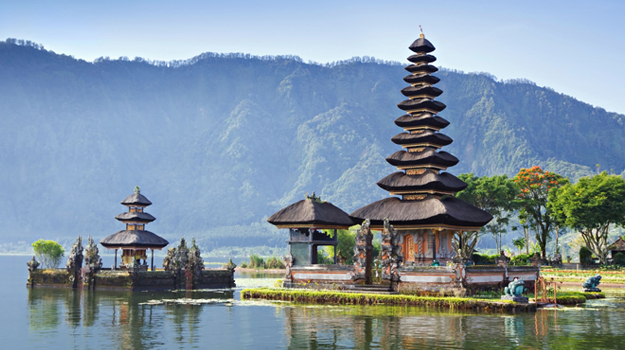 We bring you to visit Elephant Cave (Goa Gajah), this cave built in 11 century by the king of Udayana. The name is from the small river nearby, it’s name Lua Gajah (Female Elephant). In front of the cave built place for bathing with six figures (Sapta Gangga). Inside of temple there is places for meditation, west side is the statue of Sri Ganesh (the god of protector), east side is three Lingam, believed one with black cloth is for Wisnu Gods symbol of water, white cloth is for Siwa Gods symbol of the air and red cloth is Brahma Gods symbol of fire.

The next point see the Monkey Forest in Ubud, The monkeys within the Sacred Monkey Forest of Padangtegal are commonly called long-tailed macaques. Their scientific name is Macaca fascicuiaris. On Bali, there are Balinese long-tailed macaque troops (populations) that live in areas where they have little to no contact with humans and troops that come into contact with humans on a regular basis. In western part is Dalem Temple (temple dedicated to Siwa Gods), in eastern is the cemetery and Merajapati Temple dedicated to Goddes of Durga (wife of Siwa God).

Don’t forget to visit Candi Kuning, Fruits and flowers Market and Botanical Gardens, the market sell variety of fruit such as durian on season, Manggo, Banana, Salak (Sanke fruit), papaya, green apple, avocado, strawberry, sweet corn, peanut, coffee powder, and many kind of herbs. For flower and plant they sell orchids, Carrot, Rose, orange and etc. The market also sells much kind of handicrafts product, painting and textile. They do sell rabbits too.

Bedugul (Bratan Lake) the temple well known with Ulundanu Temple Ulun mean heart and danu it’s mean lake, the temple dedicated to the Gods of lake or waters (Danu Goddes), the lake supply a lot of water to the rice field. The temple founded in 17th century by the King of Mengwi. In outside yard there is Buddhist temple and big Banyan tree.

Taman Ayun Temple in Mengwi, huge state temple of Mengwi Kingdom surrounded by a wide moat, the temple built in 1634. Outside yard with open grassy expanse and meeting hall for held the meeting, dance performance and sometime cockfighting. The Middle of yard built high wood bell (Kulkul), outside yard to middle yard separate by open gate and from middle yard to inner courtyard separate by close gate. Inner courtyard has a lot of multilayer shrines (Meru), from first till the highest one. The visitor allowed seeing the inner courtyard from outside only.