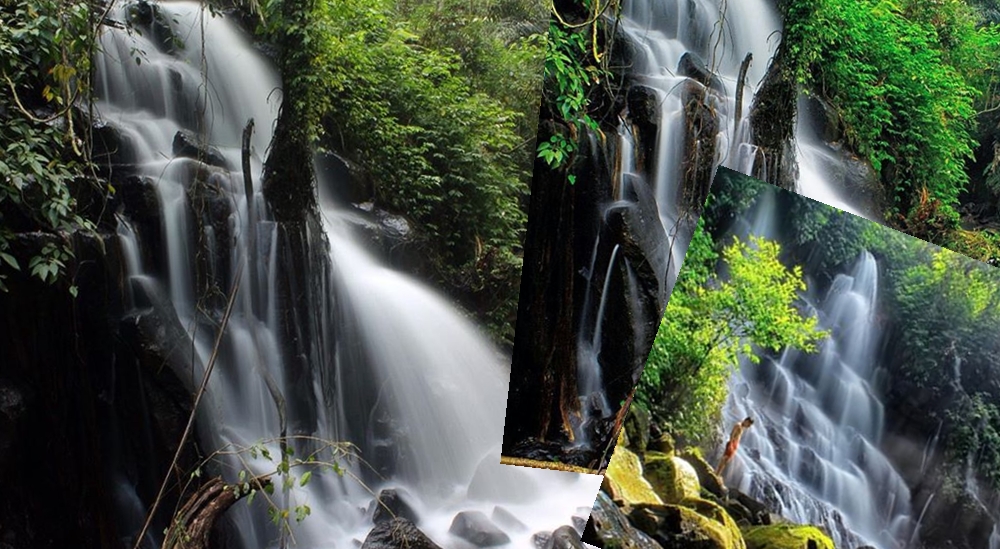 Different from many other waterfalls in Bali, which are mostly located in remote, hilly forests, this Kanto Lampo waterfall is located in a strategic place in the middle of the crowded Banjar KelodKangin in Beng village. The water in this waterfall came from a dam at the hill of the waterfall.The existence of this waterfall has turned to be a blessing for the area because inviting more tourists to come.

Not many tourists know aboutthis waterfall. If compared to other waterfalls, Kanto Lampo is less popular. However, it is worth to visit because of its beautiful scenery. The waterfall is located precisely behind the city of Gianyar. Within 2 kilometers at the northsideof Gianyar’s city court through Kalantaka street and crossing to GunungAgung Street. Kanto Lampo is at the end of the next turn to the east at GunungAbang Street.

Before reaching the waterfall area, you will need to step down the stairs. Here, you will be able to see a spectacular view of the lush green rainforest. The waterfall is on the right side. If you want to change clothes to wetsuits, you can use the facility on the left side of the stairs.

If you want to have a little adventure, you can try to go down the stairs on the left and the walk along the riverbank.Local people usually use this spot for fishing. Though the water is only about 60 to 80 centimeters, but it is the habitatof small fishes and eels.If you cross the river, you can climb up the rock on the left side. Walk along the pathway and you will find a small cave. It is not a deep, spooky; it is just a small hole that just fit for meditation. Today, the cave is used for local bats. From the end of the pathway, you will be able to see the view of the waterfall, and it is truly magnificent.

The water discharge of the Kanto Lampo waterfall is unstable, depending on the rain. That is why, if you want to see heavier discharge, it is better to come here after the rain or in the rainy season. However, the water on the river tends to be muddy. If you come to the waterfall in the morning and there has been no rain for some days, you will find a clearer water. 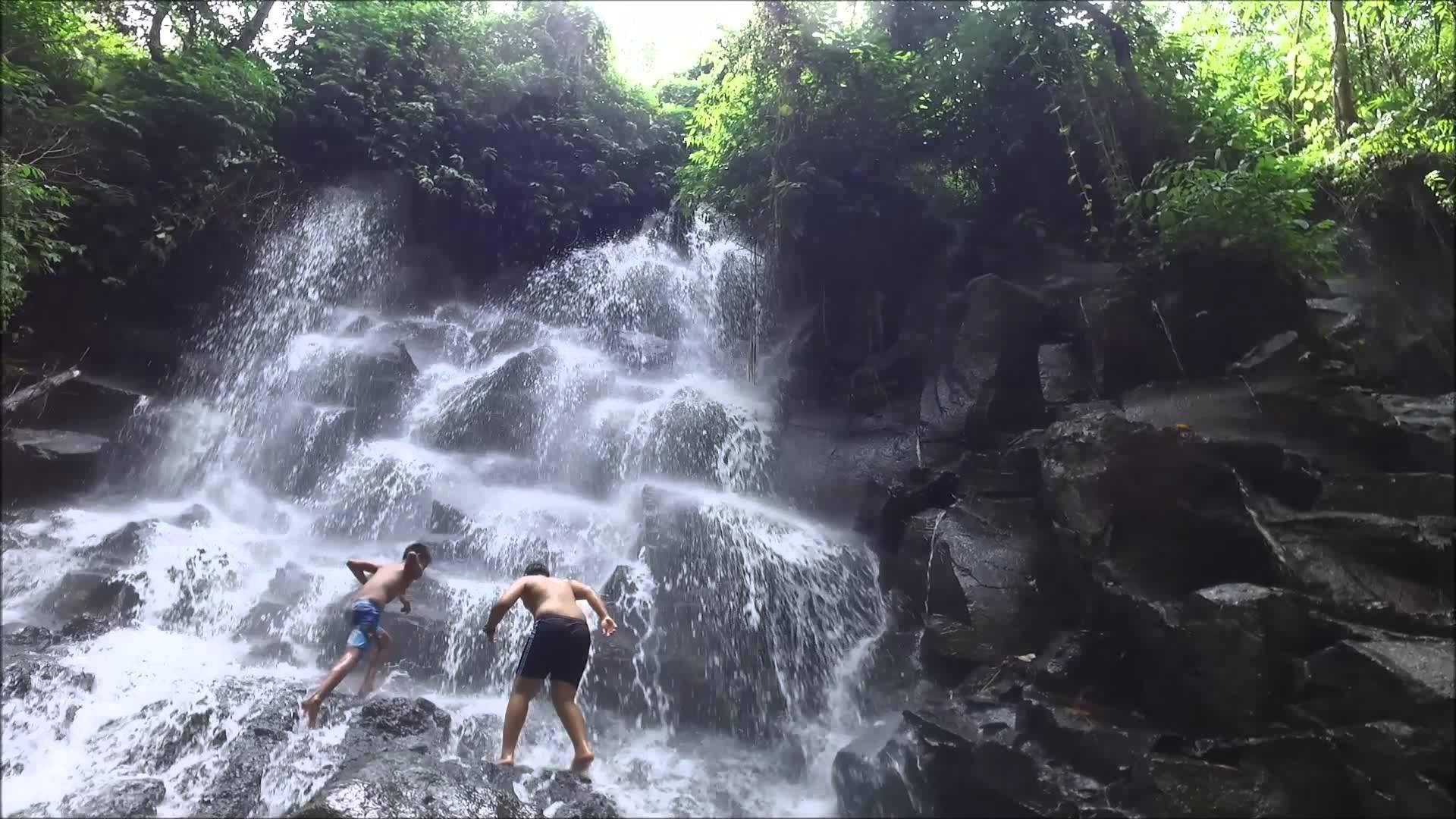 Local people consider the waterfall a sacred place. That is why, they acquire the holy water used in Dewa Yadnya or ceremony for the living as well as PitraYadnya or rituals for the dead. You will find several shrines around this waterfall which are used by local people for praying and presenting religious offerings.

According to local people the name of the waterfall was taken from the presence of rare trees, Kanto Lampo.The access to the Kanto Lampowaterfall has been renovated, so it is easier, has proper parking area and lines of food stalls. There are two changing rooms for men and women who want to change their clothes to wetsuits.