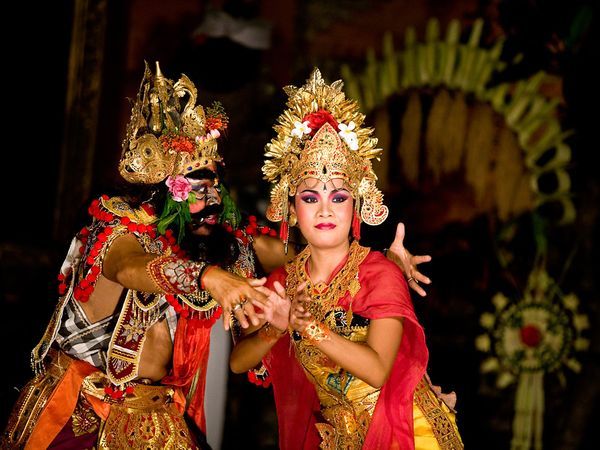 Traditional Balinese dances are beautiful and unique. Generally, those dances are closely connected to religious rituals. The techniques of Balinese dances are given to boys and girls at a very young age. Sometimes, they have to take rigorous and disciplined training. Tourists love to see Balinese dances when they attend ceremonies. Along with the tourist demand, many Balinese dancers also perform their skills for commercial. Some dancers can be hired to come to hotel to make a show backed by a gamelan orchestra. Here are some popular traditional dances in Bali. 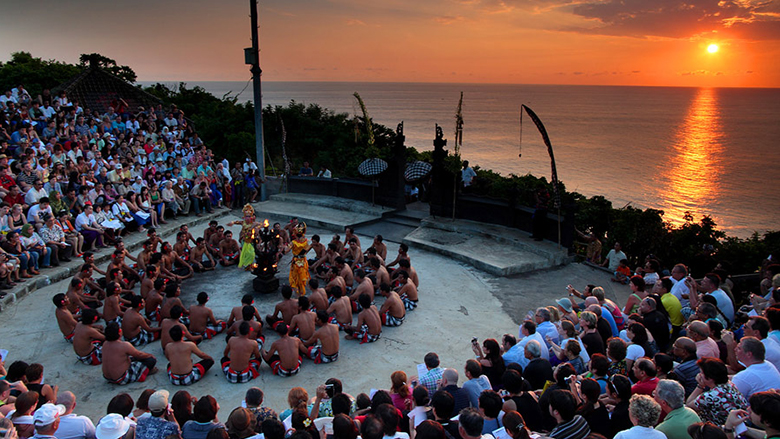 Maybe, this is the most popular dance performance in Bali. Kecak perform a ‘choir’ of men. They give the ‘chak-a-chak-a-chak’ accompaniment, which is the symbolization of monkey troops. This Balinese traditional dance was developed as a tourist version in the 1960s. Kecak dance is easily found in Ubud area as well as at the Pura Luhur in Ulu Watu.  The dance was inspired by the Ramayana, about Prince Rama and Princess Sita. Rawana who wants to kidnap Sinta has magically changed himself into a deer to lure Prince Rama away so that he can kidnap Sita. The white monkey-god, Hanuman, tells Princess Sita that her husband is trying to save. Unfortunately, Rama is met by the son of the evil king, Megananda, who shoots a magical arrow that turns into a snake and ties Rama up. Rama calls upon a Garuda, mythical man-bird creature, who then helps him to escape. Sugriwa who is the king of the monkeys comes with an army and fight against the evil in a great battle. The good wins; Rama and Sita return home. 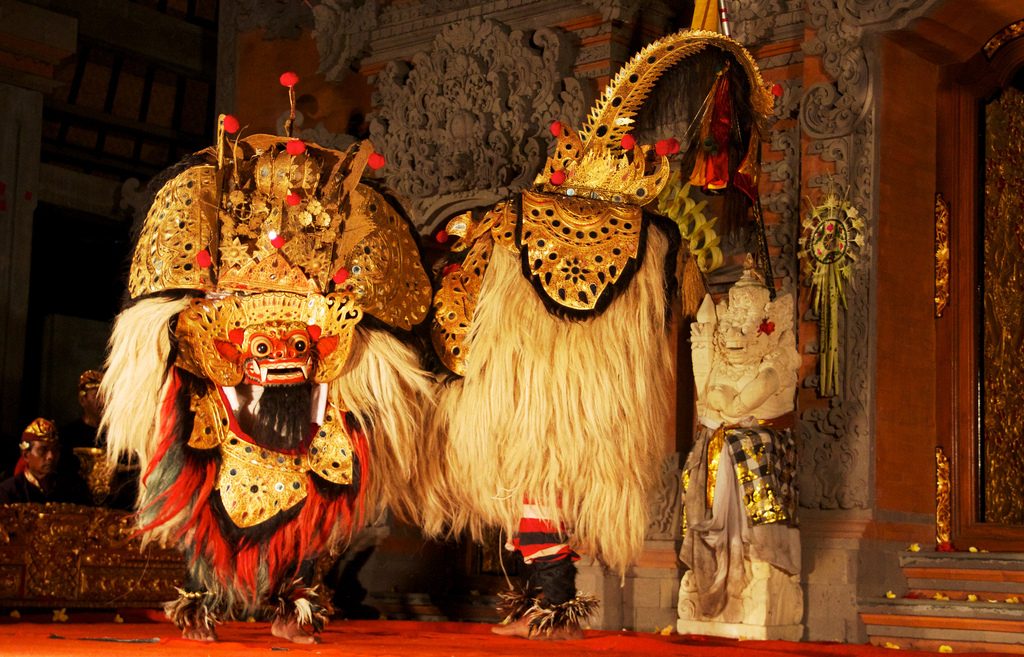 Similar to Kecak, this dance also symbolizes a battle between good or the Barong and bad or the Rangda. The appearance of Barong is strange but he has a good heart, mischievous and fun-loving. While Rangda is an evil widow witch. The dance begins with the Barong Keket, which is when the Barong enjoying the acclaim of its supporters in the group of men with the traditional dagger. The Rangda suddenly appears. Barong and Rangda have a duel, followed by the supporters draw their daggers and rush in. Rangda is powerful so she throws them into a trance that makes them stab their own belly.  Dramatically, Barong casts a spell to stops the dagger from harming its owner. Finally, the evil Rangda retires and good wins. The entranced supporters, still need to be sprinkled with holy water. A Pesmangku or the priest for temple rituals must end the trance. He will sacrifice a chicken after the dance in order to propitiate the evil spirits.

Besides those two dances, Bali still has other popular performances. Some of the Balinese traditional dances are rarely performed in front of audiences because it is prohibited. Some of the popular dances that can be found in Bali Island are Legong dance that is an old classic dance performed by young Bali girls, Sanghyang dance that is performed by two young girls in order to drive out evil spirits, Baris dance that is a male version of Legong and topeng or Mask dance.